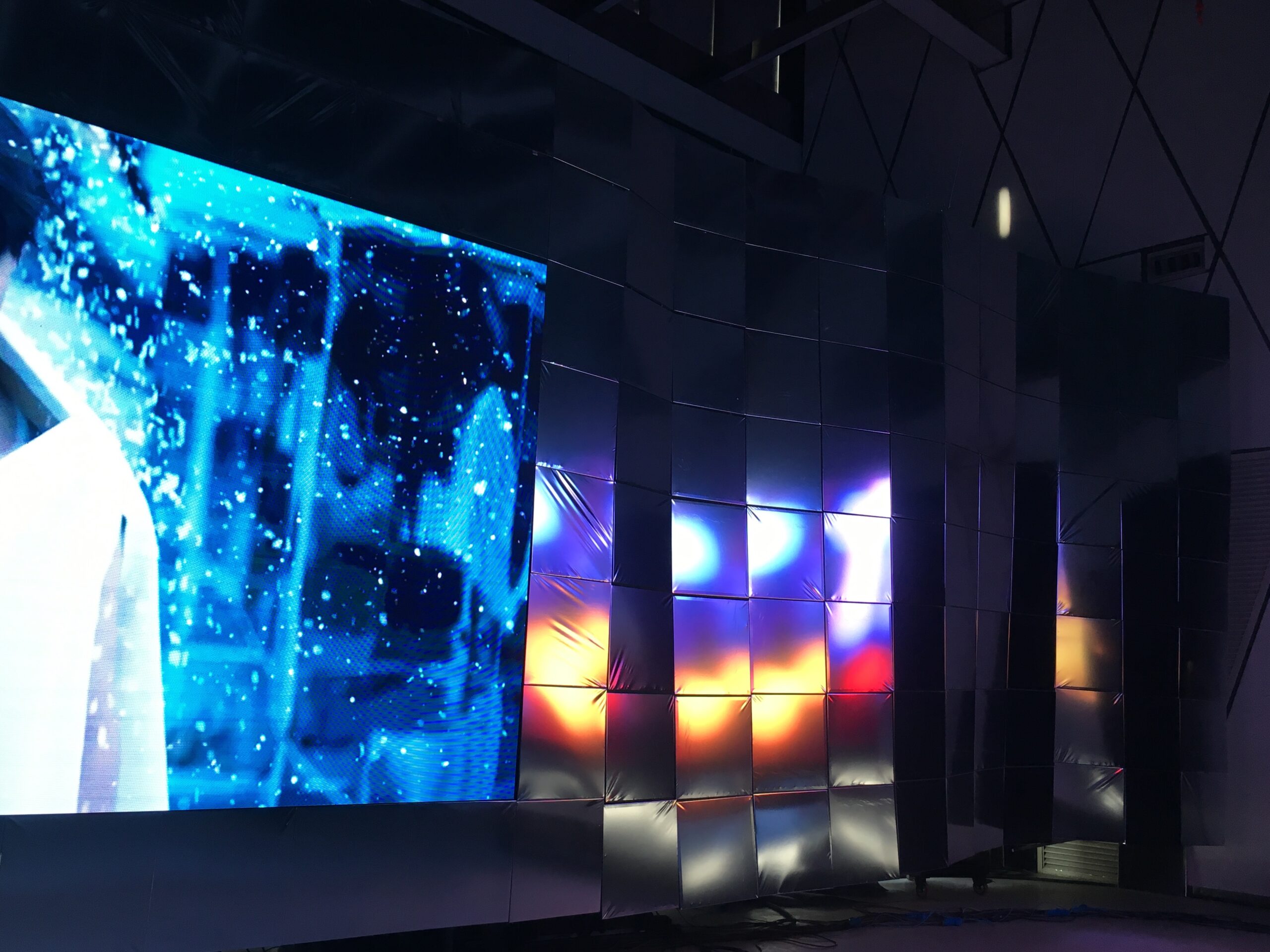 Yael Reisner Studio was invited by Finn MacTaggart of PC Music to design an installation for a video release which was about to take part in a contemporary art exhibition in Beijing, curated by the Chinese art curator Shang Shang. The installation was designed for the video premier in the art exhibition Tomorrow’s Party, on December 11, in Beijing, of a new song by the Chinese mega pop star Chris Lee (Li Yuchun 李宇春), entitled Real Love / Only you, produced by PC Music. The location is at the Orange in Taikoo Li Sanlitun.

The installation’s name In the Mirror – a quote a from the lyrics of the song – led to the installation’s theme, as instructed by MacTaggart, who was the video’s creative director, in charge of that installation and in a direct communication with the exhibition’s curator.

The design was the result of a collaborative work between Yael Reisner Studio and Barnaby Gunning Studio.

Reisner and Gunning suggested to opt for three LED video walls – main large one and two extra – each surrounded by mirror panels connected together, where the main wall placed at the end of the gallery space, and the two extra ones opposite its two sides, (see the plan).

The mirror panels along the large screen – creating together the larger and taller wall, at the hall, the gallery, where hanged like a draping textile made of silver-mirror-square panels, (see its facade’s sketch).

Working out the walls’ design went successfully with the help of Barrisol, in France, whom we opted for, producing the mirror panels, stretched on their aluminium square frames, with their unique product – a high-quality mirror-stretching-textile. Barrisol could produce at great quality and speed, yet, at the end all production was moved to Beijing.

The many photos captured the main visual effect, though, immersing at the very three-dimensional audio-visual experience was naturally far more exciting.

The exhibition’s overall theme:  The Future of Poetry Is with the Programmers

As Long Danni, the CEO of EE-Media described the exhibition’s intention: The exhibition itself is a media that opens more doors, allowing young people to build connections, integrate and create new powers.

The exhibition took place in a building designed by Kengo Kuma, that is a cinema and events’ auditorium, turned gallery for exhibitions, and is a part of an urban complex with retail spaces, restaurants, and a hotel, in the San Li Tun area of the Chaoyang District in Beijing. It comprises 19 buildings all designed by Kuma. Physically it felt like being in London, NYC, or Tokyo, yet, the architecture felt consistently contemporary in form, content, details and atmosphere.

All photographs were taken by Yael Reisner